Play Ball!  While I was in Kansas City Missouri I decided to see if the Royals were in town and as luck would have it they were! I stopped in at the stadium and bought me a ticket for that night’s game against the Cleveland Indians. 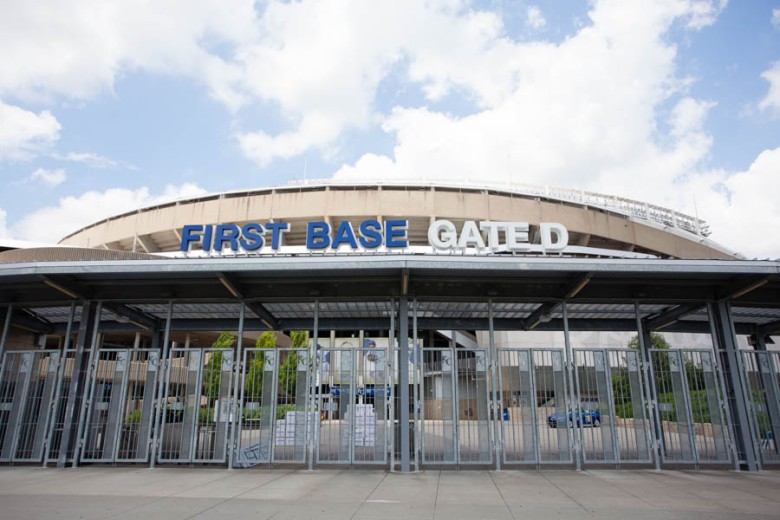 While I was here early in the day I got to wander around the stadium and shoot a few photos of the grounds. The place was empty which made it nice. 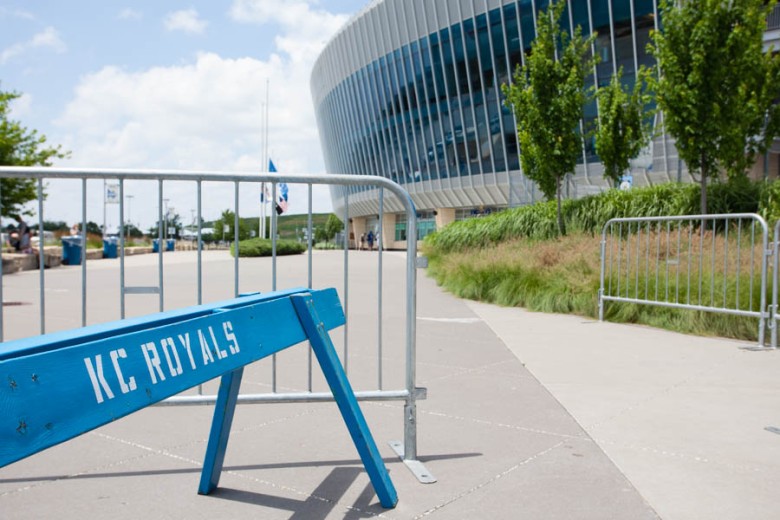 My pregame view… Out the tent of my 1987 Vanagon Westfalia pop top. Boy was it hot out today so the opened tent windows helped give me a breeze while I waited for the gates to open. 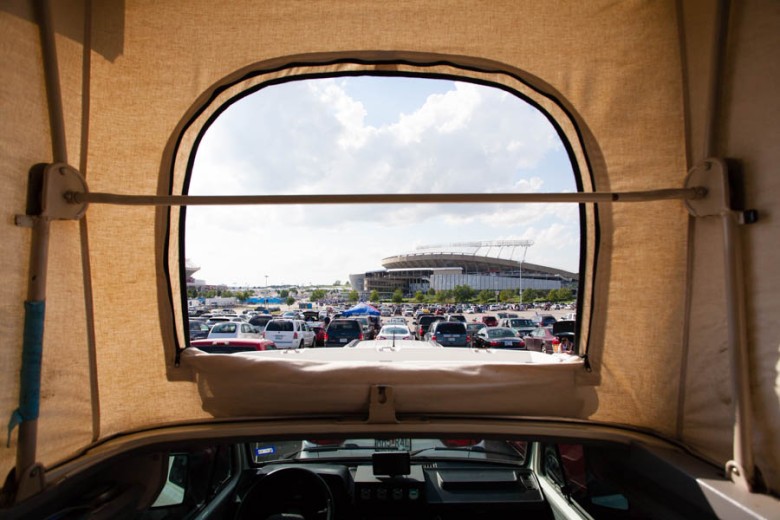 I splurged a little. I purchased a $70 ticket which got me in the second row right behind the Royals dugout. I could have gotten a very cheap ticket but since I’d never been to a Royals game before I wanted a good seat. Not bad. 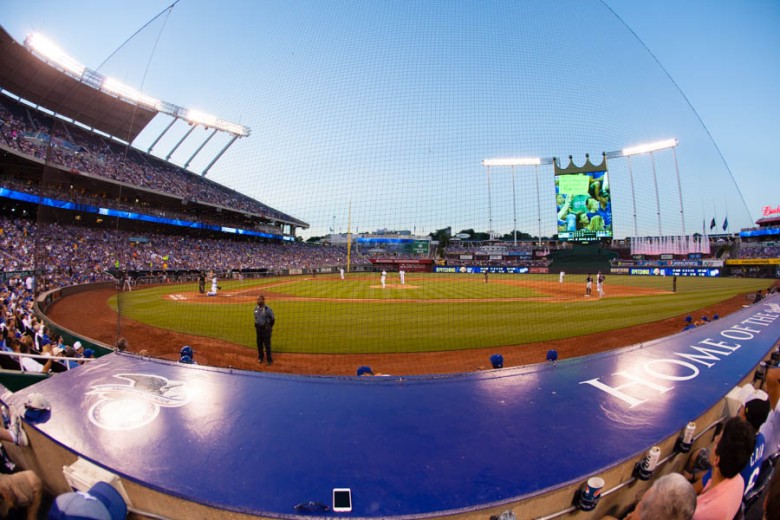 Even with the protective netting I managed to get a few decent shots of the action. 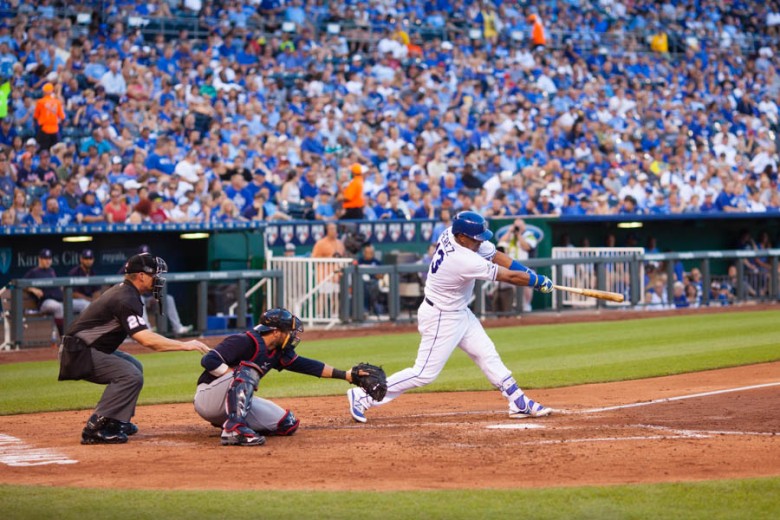 The trick is to shoot with a wide aperture in order to throw the netting in the foreground so out of focus you can’t really see it. I think I shot this at f2.5 or so with my Canon EF 135mm f2L lens. 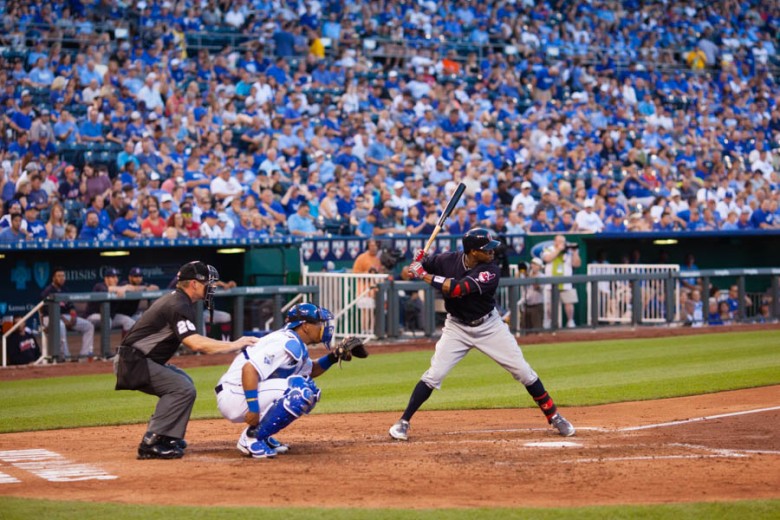 Even though I had a great seat close to the action I wanted to walk around and get some stadium photos from various spots. Exploring the stadium is something I usually do in order to get a bunch of different photos plus to get the vibe of the local fan base. Everyone I met was extremely nice and welcoming. 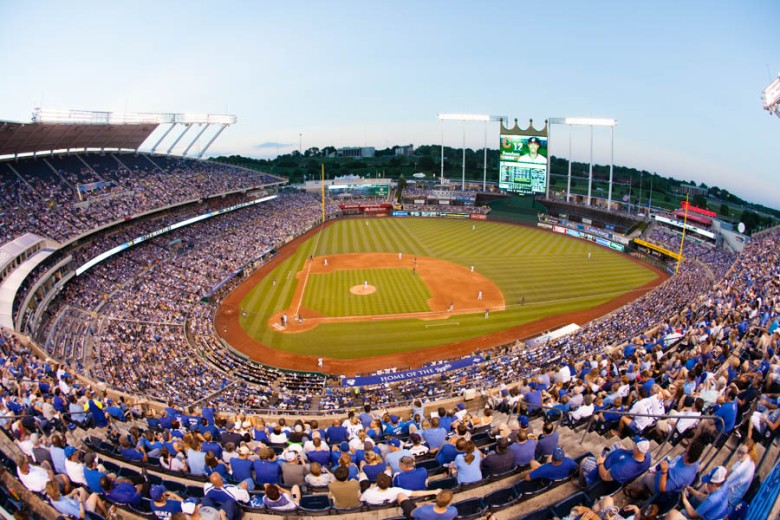 My go to fisheye shot of the stadium. 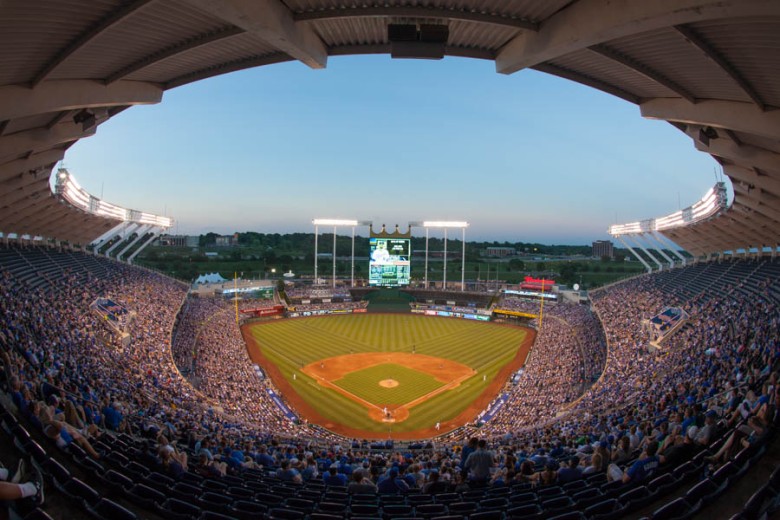 Arrowhead Stadium where the Kansas City Chiefs play is right next door. Too bad football season hasn’t started yet as I would have liked to have experienced a Chief’s game. 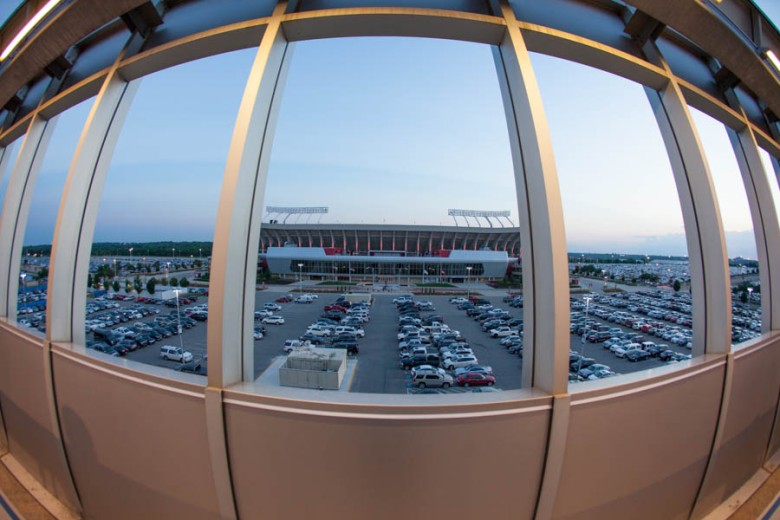 The outfield bleachers and fountains. 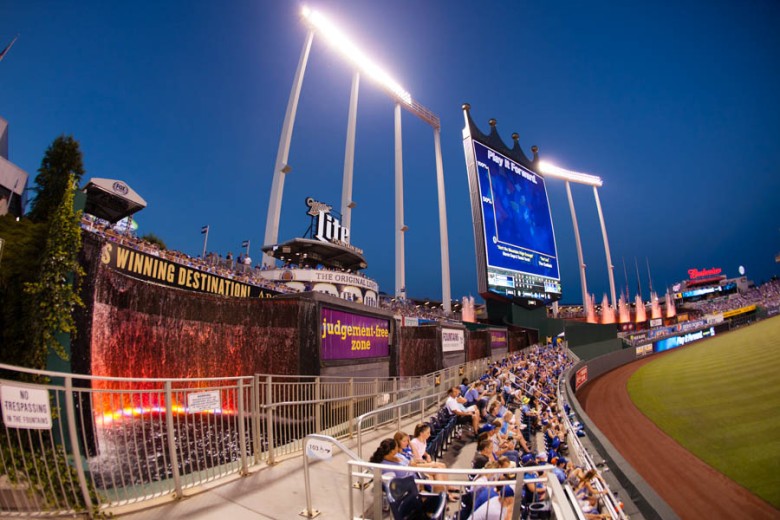 The Royals were down 2-1 in the bottom of the 8th inning and Salvador Perez hit a 2 run homer giving the Royals the lead into the 9th inning where they closed out the Indians and took the win. Great game indeed! 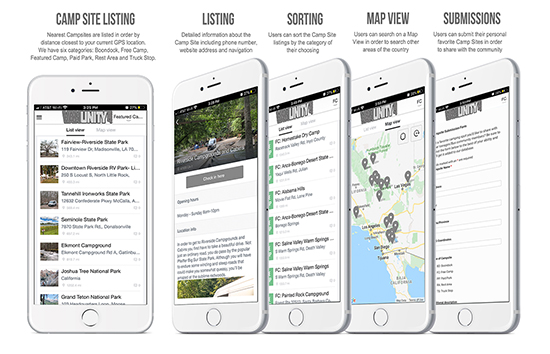