I visited on a Monday during Spring so there wasn’t much of a crowd. I’d much rather visit these places before the big crowds hit.  The view from the Cliff Dwellers parking lot was pretty cool all by itself. I hadn’t even began the trek higher.  When I paid for to go in the ranger mentioned “I’m giving you a discount since our elevator is out of order.” Once I confronted the wall of stairs that didn’t seem to end I now know why she gave me a discount. She felt sorry for me. lol. Wow that’s a lot of of stairs and it’s just a small portion of them.

I took plenty of breaks. I masked me taking photos to actually hide the fact I was huffing and puffing and couldn’t feel my legs. Ha! 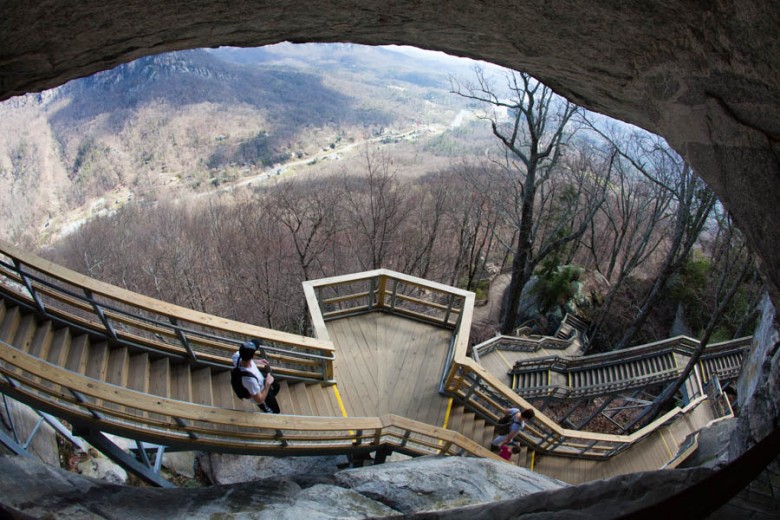 The view from Chimney Rock.

Total stair count. I figured there was a 700ft elevation change from the parking lot to Exclamation Point which translates to climbing to the 60th floor in a high rise building. Ouch. Yea now you feel me…

Spring hasn’t fully kicked in yet but the views are still amazing.

Lake Lure in the distance.

Time for another break!

Exclamation Point which is the highest point on the trail. I think it should be named Expletive Point since I had plenty of choice words for the long climb up. 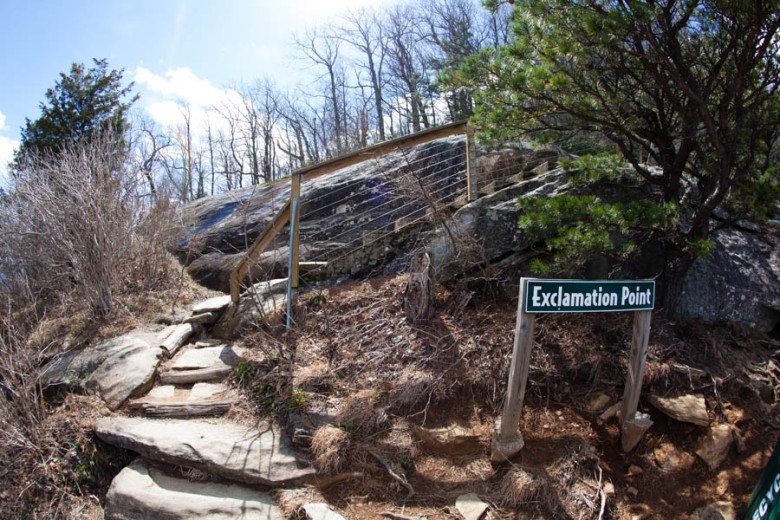 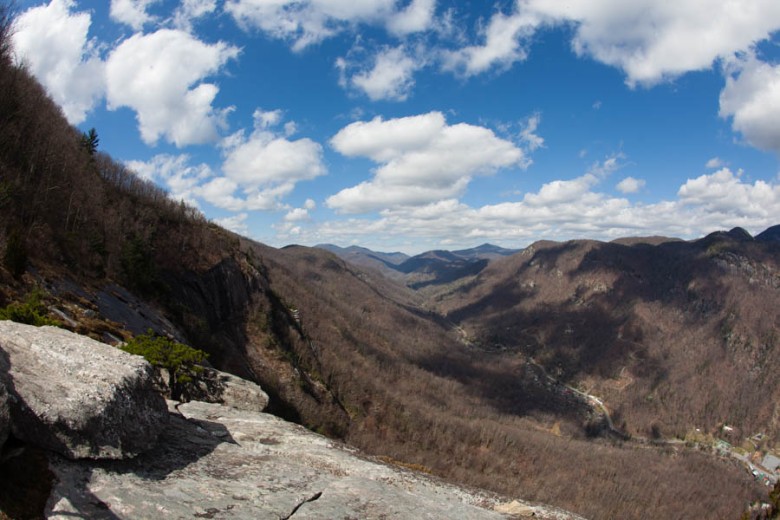 This is where the trail ends. There’s a long trail that’s been closed for some time. The trail is on the ridge just to the left of this photo, that’s the trail that leads to where the filming of The Last of the Mohicans took place. Pretty bummed it wasn’t accessible.

I bet this place is popping with color in the Spring and Fall, too bad I didn’t catch it at the right times but it was still a great place to visit regardless.